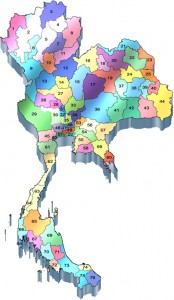 Thailand has a reputation for providing decent healthcare services to its residents and citizens. People living in Thailand are largely satisfied with their public healthcare system and are appreciative that it is socialized and accessible. Thailand has received a great deal of praise at a global level for the way it cares for its citizen’s and resident’s health matters.

The country of Thailand has been providing public healthcare to its residents and citizens since 2001. Though there are some criticisms of the system, over 99-percent of the population is covered by universal healthcare, which makes Thailand a leader among middle income countries with a socialized healthcare system. There are very few other middle income countries that have gone to a socialized healthcare system. When they do, they will likely model their reform on Thailand’s example.

The reforms that were initiated in 2001 made a great deal of difference to the people of Thailand. Citizens and residents pay a co-payment in order to access public healthcare services, but most of the funding for the Thai healthcare system comes from public sector. This makes it a very popular system among the people. It is a system that works considerably well, but some criticisms have arisen. People have complained about inequalities, duplication of resources and rising costs within the system.

Thailand is a country that has some infectious and non-infectious diseases contained and treated, while others are still a major risk factor. Particularly HIV/AIDS and tuberculosis pose a threat to citizens and residents of Thailand. The average life expectancy in Thailand is 70 years old. It is agreed that there is still a great deal of progress that can be made in the healthcare system of Thailand, as well as in the personal health practices of Thai residents and citizens, but all things considered, healthcare in Thailand is a successful endeavor. It stands alone in its region of Asia as the only middle income country to offer socialized medicine.